**Warning: Aboriginal and Torres Strait Islander viewers are advised that this content contains images of people who have died.

Geoffrey Gurrumul Yunupingu tragically passed away on 25 July 2017 after a long battle with illness at only 46 years of age and Australia mourned the loss of one of its music greats.
Filmed over the course of 10 years, this documentary by Paul Williams reveals the rich and complex Yolngu culture and ceremonial life, a world that informed the singer’s music and voice.

As Gurrumul lives an exciting life as a successful musician, performing for people like Barack Obama and even Queen Elizabeth II, he also experiences intense homesickness and the need to continue to learn and immerse himself in his family and traditional life.

GURRUMUL, carries the legacy of a man who traverses two “different worlds”. From the narration by his Aunty, Susan Dhangal Gurruwiwi, we learn that Yunupingu was considered to be a messenger between the Balanda (white) world and Yolngu worlds, that the singer was Djarimirri — Child of the Rainbow, and that his destiny was to illuminate the divide between his own culture and the modern world. This critically-acclaimed film offers a great opportunity to learn more about Gurrumul’s life and his Yolngu culture.

Join us for a live Q&A after the screening with Gurrumul’s Director, Paul Williams.

Register for the virtual screening here, then tune back in on Saturday 10th July at 4pm to watch the film and Q&A 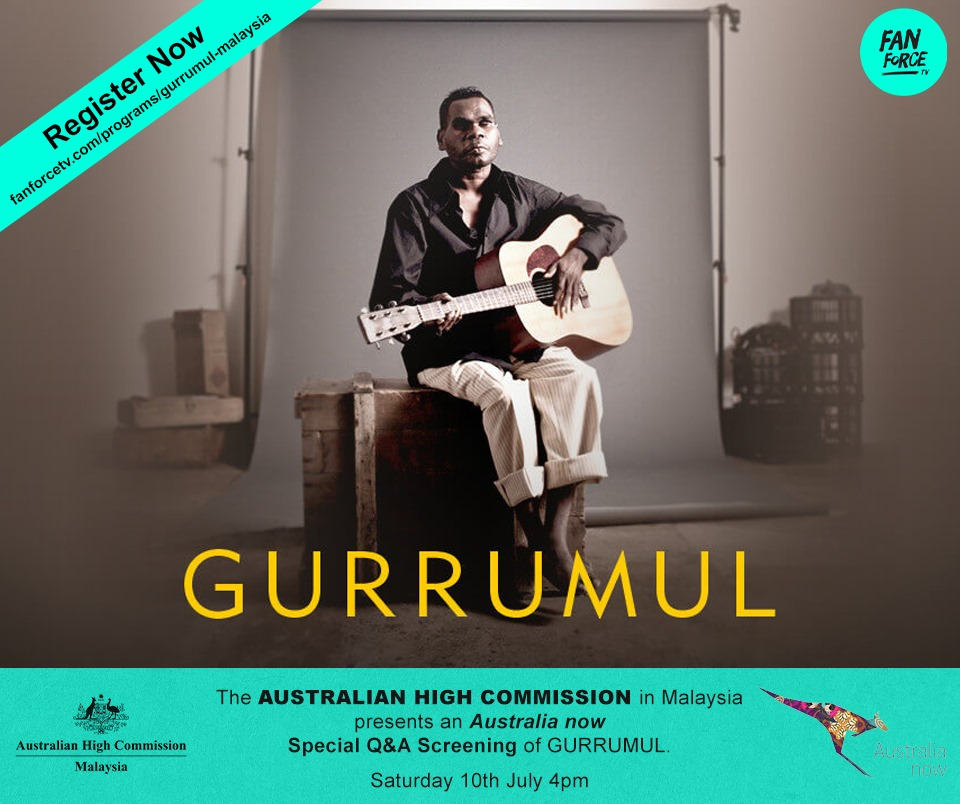 In conjunction with World Mental Health Day Sunday 10 October, the Australian High Commission in Malaysia have partnered with Damai Studio to present ‘A Sound Bath Meditation’.

The Arts as a Bridge to Asia

Join a diverse panel of speakers sharing their insights and discussing how the arts can build and inspire collaboration, cooperation and understanding between countries and cultures.

This Speaker Series launch event will open our week of Speakers Series events – highlighting some of Australia and Malaysia’s most extraordinary young enterprises and initiatives. The Series aims to showcase, inspire, celebrate and connect young entrepreneurs and leaders that are making a difference to their societies.