Lights Up showcases amazing digital art, including content from the National Museum of Australia’s hugely popular exhibition Songlines: Tracking the Seven Sisters Exhibition, artwork from the 10 finalists of the Isle of Design International Projection Mapping Competition, artwork by students from the Australian International School Malaysia and spectacular Australian images from Tourism Australia.

This dazzling (and free) light show is visible from 6 Jalan Yap Kwan Seng, opposite the Petronas Towers in the heart of  KL.

The illuminations, curated by Australia’s Mosster Studio and their Malaysian partner Filamen, consist of 35 minutes of content played in a loop. Enjoy the show from outside the High Commission or follow us on Twitter, Facebook, and Instagram to see images of this display. 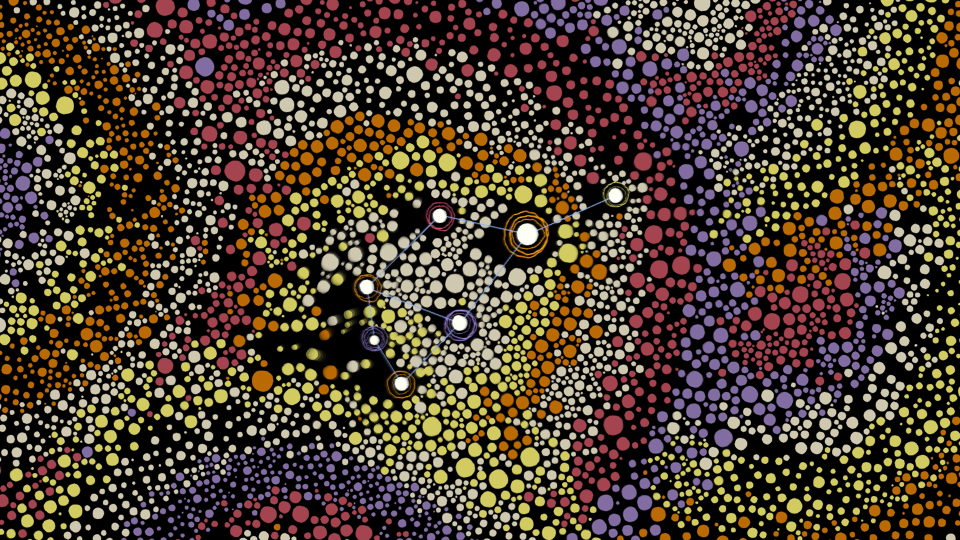 Walking Through a Songline

Walking Through a Songline is a light installation that celebrates and honours Indigenous Australian culture.

It was created under the guidance of cultural custodians, traditional owners and artists, for the National Museum of Australia’s hugely popular 2017-18 exhibition, Songlines: Tracking the Seven Sisters, which is now touring the world.  ‘Walking Through a Songline’ is an immersive digital exhibition that explores the history and meaning of ‘songlines’ or creation tracks that crisscross the Australian continent.

Songlines are an Indigenous Australian cultural practice and considered to be one of the oldest methods of recording and sharing important cultural knowledge. Stories originally performed on Country are captured here, providing a creative and conceptual portal to the deserts of the Martu, the Ngaanyatjarra and the Anangu Pitjantjatjara Yankunytjatjara peoples.

The primarily digital exhibition, Walking Through a Songline, will be shown at the National Art Gallery, Kuala Lumpur later in 2022. 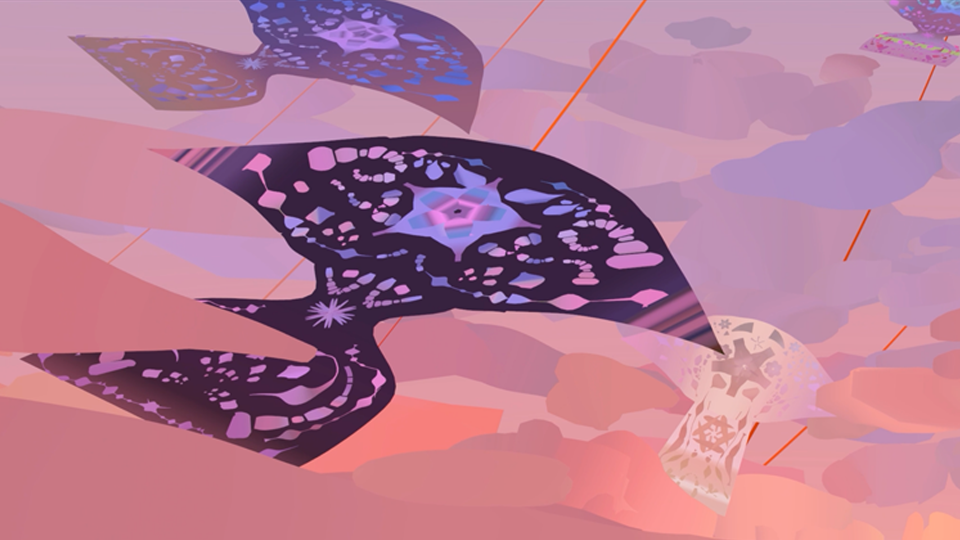 Mosster Studio and Filamen are excited to present the winning entries from the inaugural The Isle of Design: International Projection Mapping Competition.

International and cross-cultural by nature, the project seeks to celebrate, merge and mash-up two of the world’s most exciting travel destinations: Australia and Malaysia.

In May 2021, digital artists from around the world were invited to participate in the competition and create the world’s newest fantasy travel destination: The Isle of Design.

After receiving a long list of creative submissions from every corner of the globe, our three esteemed judges — Daniel Calvo (Mosster), Abdul Shakir (Filamen) and Hannah Birdsey (Australian High Commission Malaysia) — selected the following 10 finalists for inclusion in Australia now: Lights Up.

The Isle of Design: Competition Finalists 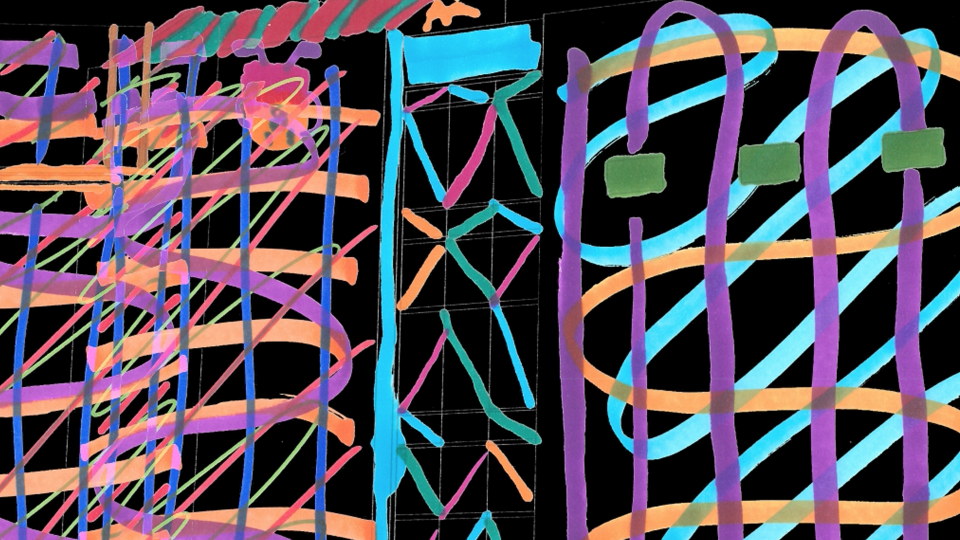 The Wallpaper Project is a collaboration between Mosster Studio, Filamen and junior school students at the Australian Internal School of Malaysia (AISM) in Kuala Lumpur.

Under the guidance of professional digital artists from Mosster and Filamen, grade 4 and 5 school children created over 70 drawings that will be projected across the facade of the Australian High Commission. The Wallpaper Project provided a fun, creative outlet for the students as the pandemic confined them to their homes. 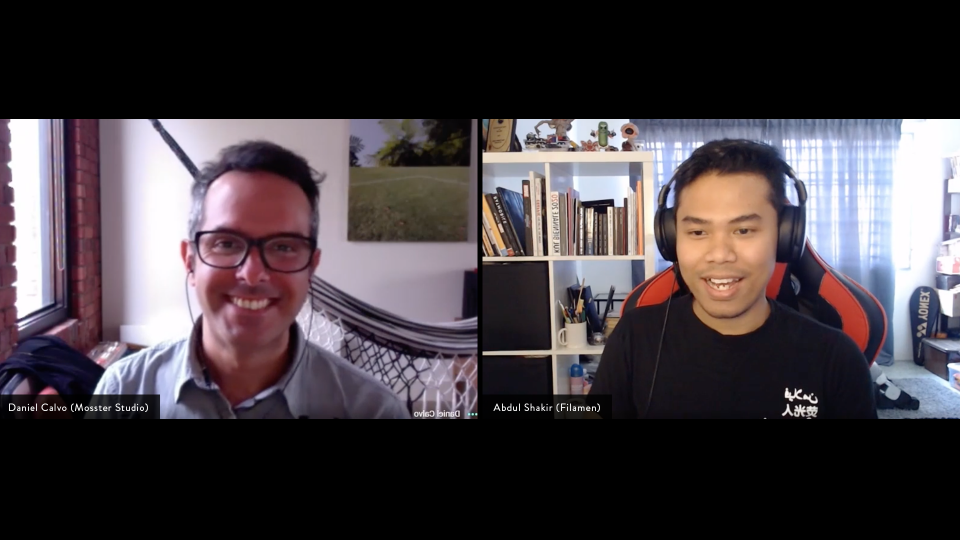 Australia now: Lights Up is the result of a collaborative relationship between creative studios Mosster Studio (Australia) and Filamen (Malaysia).

Conceived at the beginning of the COVID-19 pandemic, the two studios have been working remotely on Australia now: Lights Up for over two years.

Together, the studios have produced multiple projects including The Wallpaper Project: School Workshop in KL, The Isle of Design: International Projection Mapping Competition and Australia now: Lights Up.

Mosster Studio experiments with art, design and technology to create immersive digital experiences that invite you to question the ways of the world.

A collective of artists, designers and creative technologists, Mosster Studio exists to challenge how technology and art are used to inspire understanding through a sense of awe, wonder, curiosity and joy. They love to experiment and continuously invent new approaches for the exploration of art and technology through workshops, immersive interactive installations and space interventions.

Filamen is an Audio Visual collective and creative platform that seeks to support and connect Malaysia’s audio visual creative community with the world.

Filamen also offers a range of services to clients large and small, including a network of talented individuals with a passion for exciting new audio visual projects. 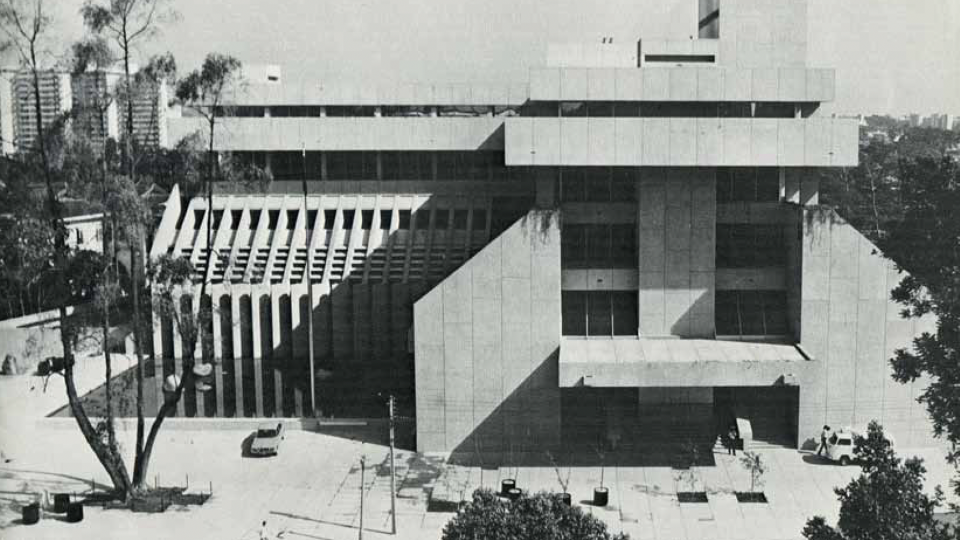 The Australian Prime Minister at the time, Gough Whitlam, turned the first sod at the construction site in Jalan Yap Kwan Seng on 29 January 1974 during an official visit to Malaysia.

The building was designed by the Australian architecture firm, Joyce Nankivell Associates of Melbourne – a firm consisting of architects, Bernard Joyce and William Nankivell. In 1974 the duo, in association with Leong Thian Dan Rakan-rakan, were commissioned to design the building. They proposed a bold design in the Brutalist style that was popular at the time. The ‘L’ shape plan with a lift and service tower at the junction of the wings successfully combined the dual obligations of high security and public access. The original design also incorporated  a large reflecting pool and several existing trees.

Joyce and Nankivell had previously won a competition to design the Perak Turf Club in Ipoh, Malaysia (which remains one of the iconic buildings in Ipoh and a popular stop for tourists), and prior to that were working as lecturers at RMIT University in Melbourne (formerly known as Royal Melbourne Institute of Technology).

The building was well-received, featured in the Architectural Review, and considered by one local observer to be ‘one of the best examples of Brutalist non-commercial office space’ in Kuala Lumpur.

At the time of construction, this area of Kuala Lumpur which is now referred to as KL City Centre (KLCC) was largely residential and a racecourse, known as the Selangor Turf Club, sat across the road from the High Commission. This was later demolished and replaced by the iconic Petronas twin towers in the mid-90s. The Australian High Commission building is now surrounded by modern high-rise buildings.